Where Am I: Legislation & Laws / Legislative Process

What is City Council?

Cleveland City Council is the elected legislative body of the City responsible for writing and enacting City laws, known as ordinances. Ordinances govern the actions, responsibilities and tax dollars of residents, businesses, organizations, city departments and visitors in Cleveland. Ordinances can be written and passed to address issues about housing, safety, public services, employment, the City budget and economic development. Many ordinances authorize the City to spend money on contracts and projects that support the mission of the City of Cleveland. View and search legislation. 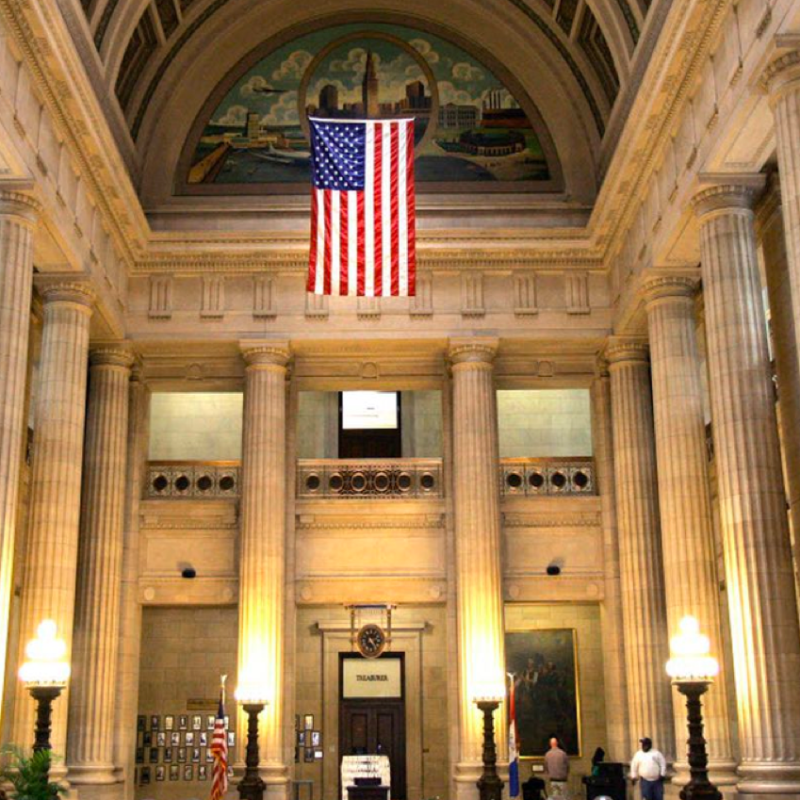 Legislation is usually drafted for Council Members by Council staff lawyers and for the Mayor's administration by the city's Law Department. Every piece of legislation is sponsored by one or more members of Council, or by the Mayor.

Directors of the City departments can request an ordinance be sponsored on their behalf.

The Council Clerk and her staff prepare all legislation for introduction and first reading at a council meeting. A small amount of legislation introduced is passed under suspension on first reading. The rest are sent to appropriate City department’s for review.

After administrative review, the ordinance is returned to Council for consideration in a public hearing before the appropriate Council Committee(s). Council Members and City departments can recommend changes, or amendments, to the legislation during the hearing process.

Under the Charter, legislation cannot be passed until it has been read on three separate days unless this requirement is dispensed with by a two-thirds vote of the Council. This is known as passing legislation “under suspension". Ordinances and Resolutions may be passed or adopted under suspension after either the first or the second reading.

If legislation is not passed under suspension after the second reading, it is scheduled for third and final reading and consideration for passage. A simple majority is needed to pass legislation. All legislation is signed by the President of Council, the City Clerk and the Mayor. Ordinances and resolutions are effective 30 days after passage, unless a piece is declared an emergency measure by a two-thirds vote of the Council, in which case the legislation will take effect immediately upon the Mayor’s signature or 10 days after passage if not signed by the Mayor, unless a different effective date is stated in the legislation.

The Mayor does have the power to veto an ordinance. Council must reconsider any legislation vetoed by the Mayor and, if two-thirds of the Council Members vote to override the Mayor’s veto, then the law is considered passed.

The Order of Proceedings at a Council Meeting

The Council may by a two-thirds vote of the members elected to the Council, pass emergency measures to take effect at the time indicated in the emergency measure. Typically it’s immediately after the Mayor’s signature.

A Resolution, as legislation - an informal enactment stating a decision or expressing the opinion of Council regarding a particular item of business, an event, issue or person.

Resolutions & scrolls that are NOT legislation - will publicly recognize dignitaries and community members and their accomplishments.

President of Council is a Council Member who is elected by a majority of all members of Council; the President presides at all meetings of the Council, appoints all standing committees and performs other duties as appropriate.

City Clerk/Clerk of Council is the chief administrative officer of the City Council and is responsible for the daily operations of the office of the Council. Additionally, the Clerk must maintain all records of Council, including an accurate record of all Council proceedings and a record of all laws and ordinances.

Ordinance is a law.