Where Am I: Habitat for Humanity Invests $1M in Ward 16

Everyone has a right to affordable housing. Not an option, but a right. John Habat, President & CEO of Greater Cleveland Habitat for Humanity, welcomed a crowd of more than 50 with those words at the groundbreaking for the first new Habitat for Humanity construction project in over a decade on Cleveland’s west side, in Councilman Brian Kazy’s ward 16.

Five new single-family homes will soon be built on the site of the former Longmead Elementary School, a lot that has been vacant since at least 1980. Habitat for Humanity is investing more than $1 million into the neighborhood with the new home construction. Cleveland City Council approved $180,000 in funding to support the project, with an additional $270,000 in funding being provided by the Cuyahoga Land Bank.

Habitat for Humanity CEO Habat estimates a building cost of $275k for each unit. Habitat will then sell the homes at their appraised values - which will likely be less than $275k to families looking to purchase their own home. As a nonprofit, Habit for Humanity regularly sells homes for less than the cost to build. This helps them in their quest to provide affordable housing. Habat views this as just the start of Habitat’s investment and hopes to build 400 new homes in the city in the city, with support from Council, the Cuyahoga Land Bank, and the State of Ohio.

At the groundbreaking, Councilman Kazy shared, “This investment is a reminder that we believe in this neighborhood. Habitat for Humanity has rehabbed four homes here since 2018 and now they are making this $1 million investment. This neighborhood is all about family. This construction project encourages more families to move here. This lot has been vacant since 1979 or 1980 and this is the start of stabilization for decades to come for the neighborhood.”

Council President Griffin shared “City Council is here today to support this project. The number one way to wealth in any city is to have more homeownership. We’ve done a lot to address housing instability and will continue fighting for Cleveland residents. This is just the start of Habitat for Humanity’s work on the west side.”

For more information on the work Habitat for Humanity is doing in Cleveland and Northeast Ohio, please click here. 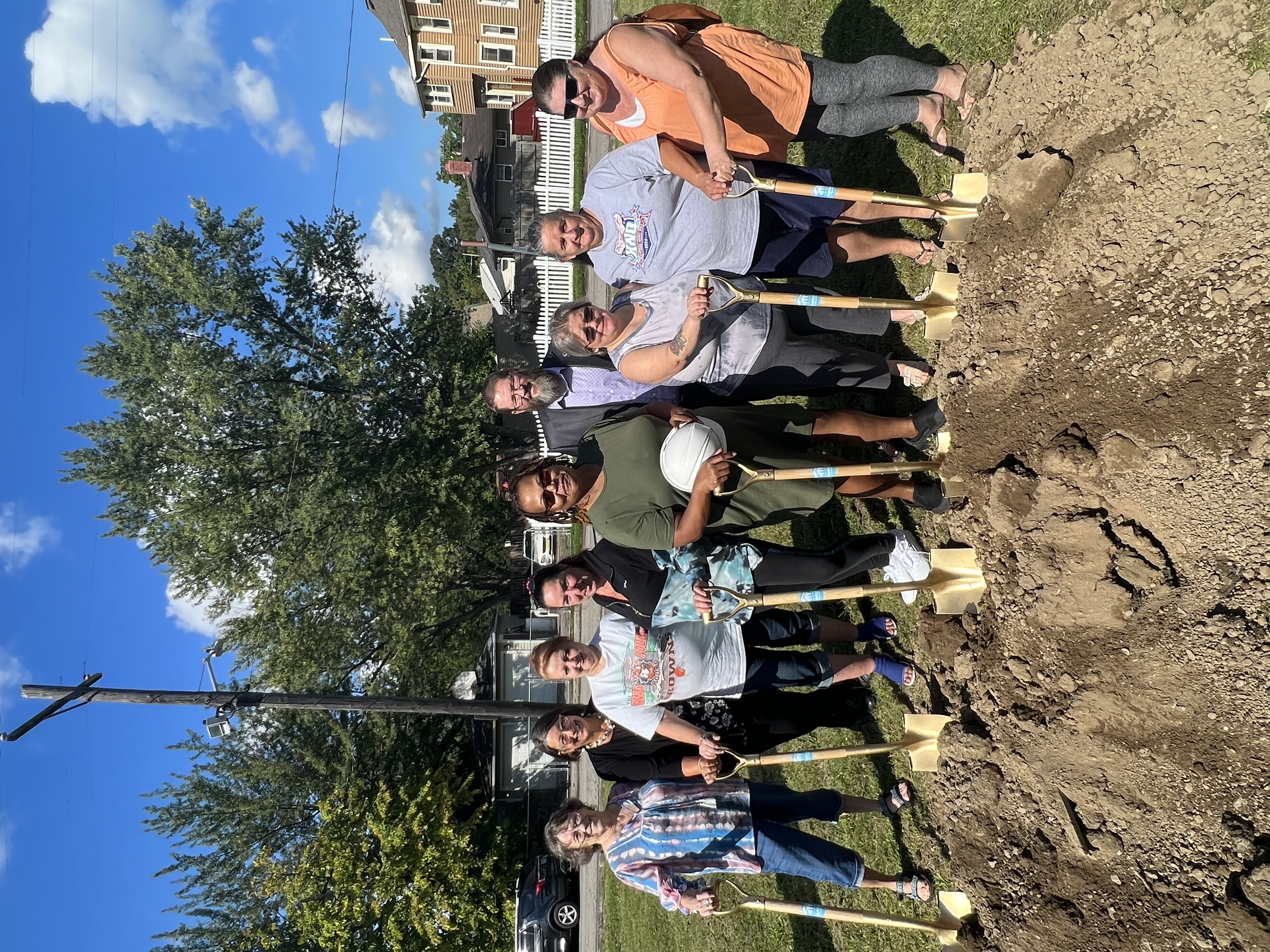